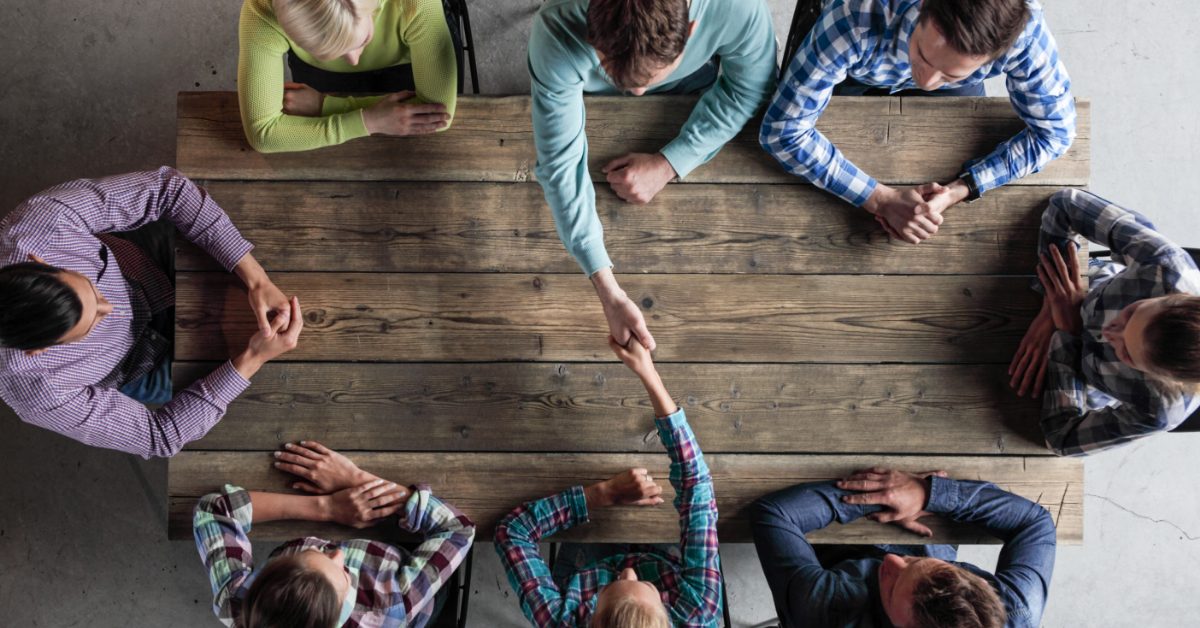 Partnership seems to be one of those ‘self-defined’ words in the world of global missions in our day.  It’s used to describe just about any type of relationship between Christian organizations, churches, individuals and any combination of those three as well.  Because of this ambiguity, the meaning of partnership and any sort of guidance for what it means to partner, can be lost because one may feel that they’ve already ‘checked’ the ‘partnership box’ before actually having assessed and defined partnership.

To bring some common understanding to this topic, I’d like to address four concepts. While “partnership” can be defined many ways, these are foundational concepts to understanding and building healthy partnerships.

To ‘Come Along Side’ is a good place to start when thinking about partnerships.  To ‘come along side’ implies that the Father, Son, and Spirit are already active in the place and among those you are considering partnering with. You’re not thinking that you are ‘beginning a mission’ somewhere in the world. Even if it is not initially evident to you that God (and His people, whether they constitute a local church or not) is at work in a particular area of the world, rest assured, God is at work.

One of your first responsibilities is to discover or understand who the Spirit has already inspired to be ‘salt and light’ in this corner of the world, and to understand better how they are carrying out Kingdom objectives there. You may believe that what God is calling you to do there is different or not already being done by anyone (whether they’re a native of that culture or not), but please know that your first responsibility is to ‘come along side’ those already actively serving in the way of the Kingdom in that place.

Our Christian brothers and sisters around the world are incredibly polite in general and very patient with us from the West.  About 18 years ago, I was convinced that the Youth Director of the Cameroon Baptist Convention needed to hear about a ‘great new discipleship curriculum’ that would surely help their national youth ministries grow, and to allow a group of North American Baptist Youth Leaders that I was representing train him and his leaders. What I overlooked was that the youth efforts that he represented were thriving and were probably 10x the size of the national youth ministry that I was representing.

While we did find some collaborative momentum and did some great things together that are still going on to this day, my point is that it never crossed my mind that maybe he had more to teach me about discipleship than I did him. Worse yet, I don’t think I ever really asked him, so he never offered. Empowering Partnerships (which happens to be #2 in The Standards of Excellence in Short Term Mission) is built on the idea that the potential partner is actually the expert on ministering in the local culture.

If there’s one criticism of short-term mission that has persisted, it’s probably right there in the name of the movement: ‘short’-term mission.  The obvious solution to that criticism is to ‘do’ short-term mission within the partnering context of ‘long’-term relationships. As is the case in other relationships in our lives, long-term relationships don’t just ‘happen’; they’re intentional, they’re a product of a commitment, and they have a sort of intangible chemistry to them that comes through familiarity and spending time together just for the sake of getting to know one another.

In the church partnership/short-term mission ministry I oversee called ‘Gateway’ (part of the North American Baptists’ International Missions or NAB), this is probably the area where I get the most resistance in training churches to enter into what we call ‘Sister Church Partnerships.’  To have church leadership teams spend time together just getting to know one another and ‘being’ with each other without having to accomplish something or ‘do’ a project is a difficult sell for task-oriented people. However, time spent together is an essential piece of giving long-term relationships a chance to take root and there is no shortcut. Despite the expense, we need to make the effort to spend time with our potential ‘global mission’ partners because this is essential for healthy long-term relationships.

Anyone that’s been involved in global missions of any sort (including short-term mission) for any amount of time, has undoubtedly been encouraged to understand the importance of cultural sensitivity and to understand, at the very least, the basics of cultural differences and cross-cultural ministry. This should be considered a given and a natural instinct when it comes to engagement in partnerships internationally. Yet, what may not be quite as intuitive is the idea that there should be a mutual benefit that’s enjoyed by both members in a partnership.

You might have heard a short-term mission participant say, “I feel like I received much more from them than I gave to them on this mission trip”. The truth is, it’s meant to be that way (Matt 10:8). Partnership is collaboration and serving together. Partnership results in mutual benefit for both involved. Rather than being surprised by the mutual benefit of serving, expect it. Plan for it from the beginning of the relationship. It will become part of the ‘DNA’ of your partnership from the start when you take the time to get to know each other and find a partner with a shared calling.

There are no ‘haves’ and ‘have-nots’ when it comes to global mission and partnership.  We both ‘HAVE’ and it’s out of that abundance that the Father, Son, and Spirit have sent BOTH members in a partnership. WE partner and WE serve together.

Randy has led and trained short-term mission teams and has guided churches into long-term, Sister Church Partnerships for almost three decades. He is on the international board of SOE (Standards of Excellence in Short Term Mission), loves hockey, cheers for the Green Bay Packers, and is an elder at his church. He lives in Brookfield, WI with his wife Shelly (who is Pastor of Discipleship at their church) and has a 22-year old son, Kameron (who is currently a Spirit Airlines flight attendant)!